In a statement issued on Tuesday, Dr. Shahzad Waseem urged the government to ensure provision of political, financial, administrative rights to people of the federal Capital under Article  140-A of the proposed Islamabad Local Government Bill.

He said that shifting power to masses through local bodies polls was must to make people of the Capital self dependent and resolution of their problems at local level through locally elected representatives.

The PTI leader and former Senator feared the government didn’t want to empower the masses. That is why it used delaying tactics to hold local bodies polls.

He also expressed grave concerns over hegemony of Capital Development Authority (CDA) and bureaucracy in the federal capital since long.

Dr Shahzad said that PTI through active participation in the announced LB election would end the domination of the two to make people self dependent and resolving problems faced by them through their locally elected representatives. 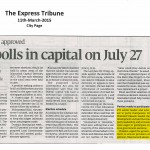 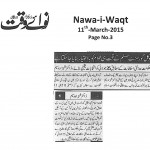