ISLAMABAD,  IBSA (Islamabad Billiards and Snooker Association) President Dr. Shahzad Waseem has said that snooker has been making Pakistan proud and the government and other departments should provide permanent jobs for national cueist for the promotion of the sport in the country.

He was speaking at the opening ceremony of the NPC media snooker tournament organized by National Press Club (NPC) with the collaboration of Dolphin Snooker.
Dr. Shahzad Waseem lauded the National Press Club officials for organizing healthy activities for the journalist community and said that former national champion Shahram Changezi will train the journalist and their kids.

He said that Islamabad Billiards and Snooker Association (IBSA) trying its best to promote the snooker and focusing the grass root level to find out new talent.

An exhibition match was also played between champion Shahram Changezi and Wajhi Akhtar on the occasion. As many as 32 players from different print and electronic media are taking part in three day tournament. 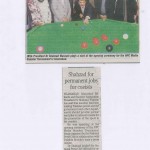 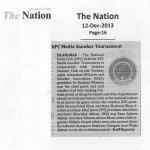 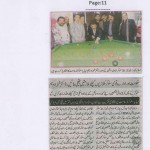 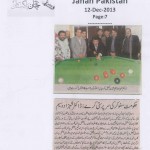 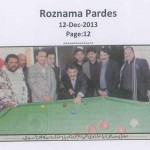 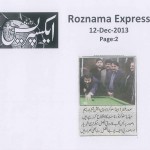