ISLAMABAD, NOV 10 -Occupied Kashmir and Nagorno-Karabakh, two heavens on earth have been turned into hell by the state terrorism of occupied forces of India and Armenia.

Despite several UN resolutions, these long standing issues of occupation of territories of Muslim nations of Azerbaijan and Pakistan are still UN resolved. Both nations have witnessed the worst kind of human right violations and genocide by occupied forces of India and Armenia in occupied Kashmir and Nagorno-Karabh respectively.

This was stated by Dr Shahzad Waseem, former Senator/State Minister and Advisor to Chairman PTI Imran Khan, in his remarks, on Sunday. Dr. Waseem visited these sites recently.

The Memorial Complex was erected in memory of tens of thousands of Azerbaijanis perished as a result of massacre committed in 1918 by Armenian forces. The mass burial was discovered in 2007 during construction works in town of Guba.

He called upon international community and UN mandated organizations to play proactive role in resolving both issues in peaceful manner. Earlier, he visited site of mass graves and The Memorial Complex.

“The Guba Genocide Memorial building” is an architectural expression of the human tragedy. It consists of three sections: two structures resembling sharp end knives, with entry and exit, and the main hall with a black stone in the center.

The sharp ends of monument exposes the stabbing pain, their emergence from ground show impossibility of hiding the truth. The walls are made of solid concrete blocks without any element of decoration to show the stillness of mourning in memory of victims of tragedy.

A black marble stone put in the center of the hall in memory of victims whose burial was not possible as they were killed indiscriminately and their bodies were burnt, thrown into wells and sea.

The exposition reflects the genocide of Muslim population in five districts of Azerbaijan including Guba. Every districts tragedy is given with photos and archived documents, statistical information and diagrams.

The exposition is accomplished by a contemporary art piece – human faces reflected on gigantic metal plate. This is appreciated as todays look into events soaked into history’s memory, and the attitude by a modern time 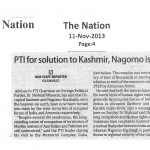 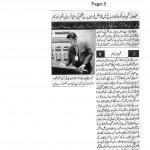 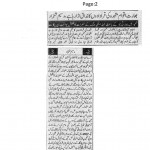 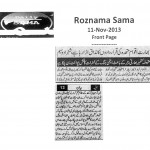 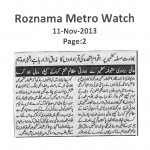