Yasir Nadeem won the first frame with furious style in which he also played the highest break of 55, the highest of the Championship but later on his opponent Gul Afzal played outstandingly and won the 2nd, 3rd, 5th and 6th frame. Both the finalist have also qualified to represent in the forthcoming National Ranking Snooker Championship-2015 starting from January 31 at Karachi.

Ambassador of Azerbaijan to Pakistan Dasgin Sikharov was the chief guest. He along with Dr. Shahzad Waseem, President IBSA distributed the prizes & Cash awards of worth Rs 100,000 amongst the players.

Muhammad Nouman Iqbal and Muhammad Hassan Anwar were also awarded cash award of Rs 10,000 each for being the Champion & runners up of the 2nd Islamabad Jr. U-21 Snooker Championship held last month in the same venue.

Speaking on the occasion, Dashgin Sikharov, Ambassador of Azerbaijan hailed the brotherly relations of Pakistan & Azerbaijan and hoped that these relations would be strengthing in future. He congratulated both the finalist and said the game of Snooker is an interesting game and the standard of the game in the Capital is ramarkable. the credit goes to the players as well as IBSA President Dr. Shahzad Waseem. 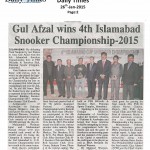 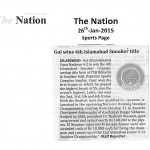 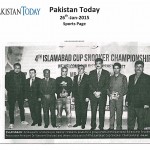 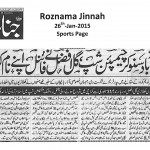 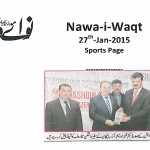 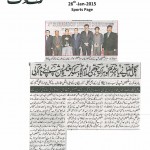 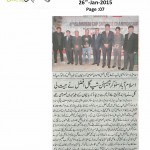