ISLAMABAD: Pakistan Tehreek-e-Insaf  (PTI) is moving ahead in direction with complete and sincerity in efforts to  drag the country out of prevailing crises and other issued confronting the national stability and sovereignty.

This was stated by former Governor Punjab, Chaudhry Muhammad Sarwar while speaking during a dinner hosted in honour by Advisor to chairman PTI and ex-Senator Dr Shahzad Waseem on Thursday night.

Chaudhry Muhammad Sarwar said it was not possible for any political force or organization to tackle with the multifaceted challenges faced by country and its people and we are putting aside the political affiliations, personal, party interests should put joint efforts to deal with the situation and get rid of menace of terrorism and extremism which were the major issues at the present.

He said that Pakistan wants good bilateral relations with the regional countries, for regional stability, economic uplift but not at the stake of its dignity.

Ch. Sarwar said Pakistan do not lacks the potentials to overcome the economic  crisis but the only issue was to properly utilize the available resources on the right time and at right place.

At the conclusion of dinner, host Dr. Shahzad Waseem thanked the ex-Governor Punjab, Jehangir Tarin and other attendants for gracing the occasion by their presence. 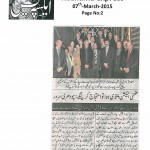 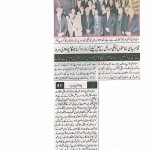 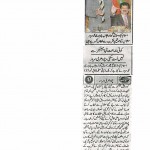 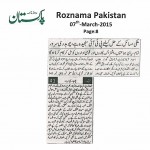 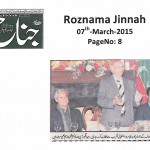 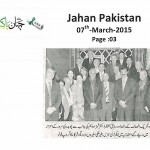 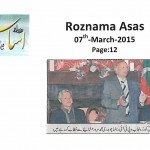