Imran Khan, who touched the pinnacle of fame after victory in 1992 Cricket World Cup, is not only a leading politician, but also a great philanthropist.

He defeated leading world cricket teams including India, England, West Indies and Australia to the delight of his nation. After the world cup victory, he was at the peak of his popularity and got several offers from politicians to join them. But he had something else in his mind and he set a next goal to build Shaukat Khanam Memorial Hospital (SKMH) by undertaking visits of every nook and corner of the country to raise funds to set up the cancer facility to defeat the fatal disease. And he succeeded in his mission by setting a state-of-the-art cancer hospital in Lahore with the sheer support of the public and donors, who trust him the most for his impeccable past and honesty.

Born in 1952 in Lahore, Khan played cricket for more than two decades from 1971 to 1992. He hailed from a prominent and influential family of ‘Niazi’. His mother Shaukat Khanam died of cancer in 1985. He personally witnessed the disease and death of his mother. After the demise of his mother, he decided to build such a cancer hospital where poor and needy patients could be treated free of cost. In 1994, he set up a cancer hospital in Lahore, which was named after his mother as Shaukat Khanum Memorial Hospital (SKMH) and research centre, which is one the biggest hospital in Asia set up under charity trust.

Khan, who was the only son of his parents, received his early and primary education in Cathedral School and Aitchison College and got higher education from London. In London, he got his education from Grammar School and got the masters degree in political science from the University of Oxford. He had also been the captain of Oxford University cricket team.

It is the reward of Imran Khan’s hard work that he is going to inaugurate the SKMH in Peshawar on December 29, 2015. This cancer hospital would not only provide the state-of-the-art treatment facilities to residents of KP, but also to the people of remote areas of the country.

Seeing his lucrative and charming personality, The Bradford University London has appointed him as chancellor. Khan has spread the sacred light of knowledge and awareness in his native area, Mianwali, by setting up the NUML University, which is affiliated with Bradford University, and now study in NUML has become the dream of youth in Pakistan. Undoubtedly, Imran Khan has proved himself the real harbinger of Allama Iqbal’s dreams.

Imran Khan has always kept his thinking high and strived hard to achieve his objectives. His life has become a role model for the young generation, that is why a majority of youth is standing along with him in his political struggle. A leading English magazine “Global Post” has placed him at third number in the ranking of nine prominent leaders of the world in the year 2012 and termed him one of the important leaders who boldly criticises the drone attacks in Pakistan.

Asia Society ———an organisation has declared him “Asia person of the year 2012”. Imran Khan is the most popular leader of the youth as per surveys of the leading companies of the world. Imran Khan established NUML Knowledge City in district Mianwali on April 27th, 2008, and named it NUML College and also made a technical college. Mianwali Development Trust donated a lion-share for its funds and in December 2005, this college was affiliated with Bradford University London.

Imran Khan Foundation was also founded by Imran Khan, which collects donations from donors and distributes them among the needy and deserving people. This foundation has provided maximum relief to flood victims. Launched in 1996 by Imran Khan, Pakistan Tehreek-e-Insaf (PTI) held a first successful public meeting in Lahore on November 30, 2011 by announcing that a tsunami has born against corrupt parties.

Imran Khan launched his election campaign on March 23, 2013 with a slogan of “Naya Pakistan”. On April 29, 2013, a leading UK newspaper “The Observer” declared Imran Khan and his political party PTI real rival of PML-N. On May 7, prior to four days of general polls in Pakistan, Imran Khan was brought to hospital in emergency when he fell down from the height of 14-feet fork lifter in which he sustained serious injuries. In general election 2013, PTI got second position in the country with respect to votes and secured 30 seats of the parliament. In Karachi, PTI emerged as second biggest political party. Khan was conferred Presidential Award by the government of Pakistan. Khan has set a record in the political history of Pakistan while setting a historical sit-in with the duration of 126 days after a historical long march in August 2014, which created a ripple of concern through his political rivals. Through this sit-in, he gave message to the downtrodden people of the country that their leader can fight for the their rights till the last breath of his life.

Historical books have been written on the personality and political struggle of Imran Khan. Imran Khan is a name of struggle. He kept dreams in his eyes to change the fate of poor people and strive hard to translate these dreams into reality. Allah Almighty ensures the reward of one’s hard work. 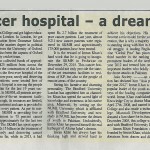 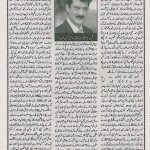